An e-mail Report I sent to some friends—obviously written before my mother died. 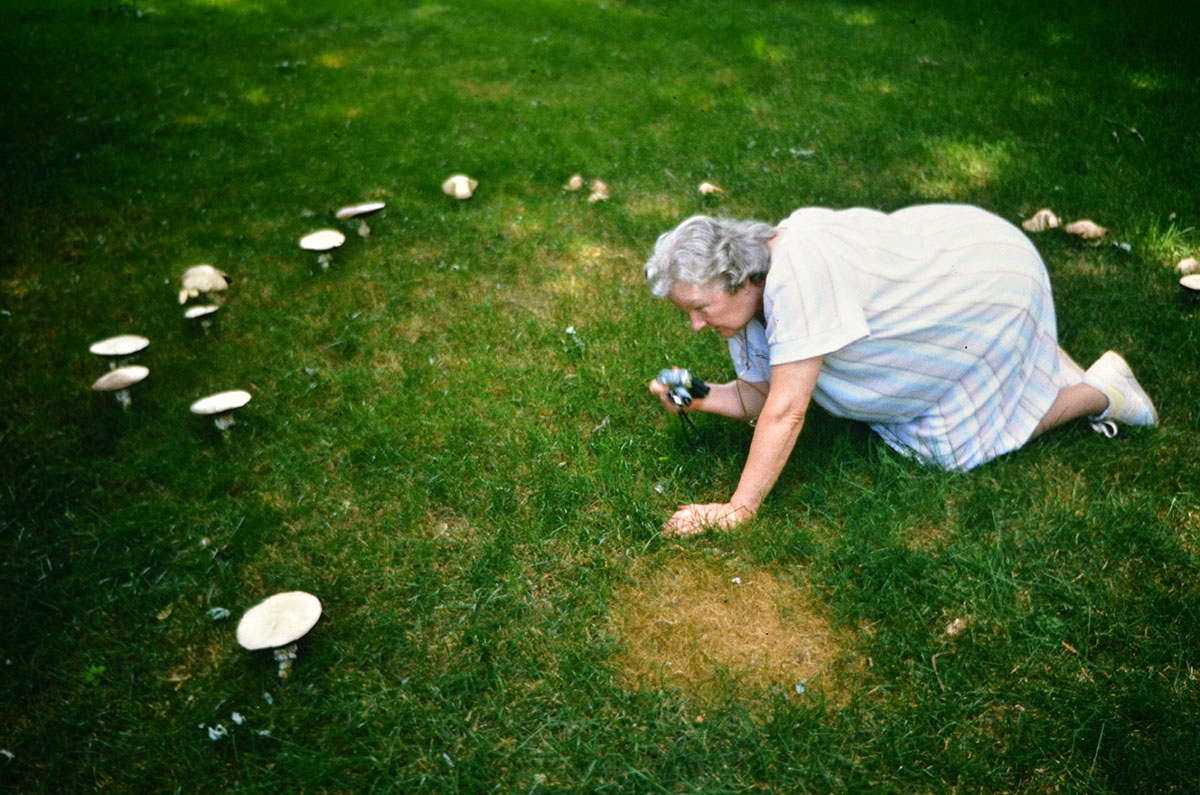 How’s your mother? Mine’s 93. Her days of photographing a mushroom fairy ring in our back yard are long gone. But my mother is compos mentis or as she’d say in her rural Ontario vernacular, she has all her marbles.

My mother’s been in bed six weeks in and out of pain (back), still on the gin. Both the gin and pain meds give her hallucinations, and a choir keeps singing hymns outside her window. Jon told her that as the apartment is 10 stories up, they were probably angels. Just relax and enjoy the music. The suggestion didn’t upset her. And the choir moved on to Ave Maria. Apparently.

My mother was able to describe in detail, the people who were watching TV in her bathroom, and the couple sitting in her cupboard. Nobody she knew. Yup, hallucinations. The description creeped Elena (caregiver) out because Elena believes in “another dimension”… and ghosts. It was her phone call about the ghosts that brought me up here. Who knows what my mother told her about the ghosts of Thornhill.

It’s a well-known documented fact (or maybe rumor) that three of the old houses in Thornhill have ghosts. My mother felt the presence of the one in the library where she worked but I haven’t mentioned that to Elena.

Or the case of Holy Ann – who worked for the town doctor and managed to get water in his well after it’d been dry for four weeks. Holy Ann was famous for her constant praying and is buried in Mount Pleasant Cemetery.

A tiny Thornhill park near the condo has a reproduction of her water well, and a little one-room shed the doctor built for Holy Ann so she could pray somewhere else besides inside his house. And church. The praying and alleluias were annoying and non-stop. The Thornhill seniors building beside my mother’s condo is named Annswell Court — for Holy Ann and her well. They could have called it The IGA because that’s what was on the site previously.

I never did find out who ghost number three is, so that’s it for my excitement. The singing outside the 10th floor has stopped. And I won’t tell Elena about Benjamin Thorne of Thornhill who arrived in 1820, became rich, went bankrupt, and in 1848 committed suicide. It’s never been a place of happiness as far as I can see.