The Summer of Discontent

Trish, one of our writing group, had trouble with a continuous flow of high-achieving squirrels inside her cottage, and in the city, her apartment building’s balconies were being renovated. The concrete drilling came first. To give Trish an outlet for her escalating frustration and anger, our first assignment became The Summer of Discontent.

THE SUMMER OF DISCONTENT 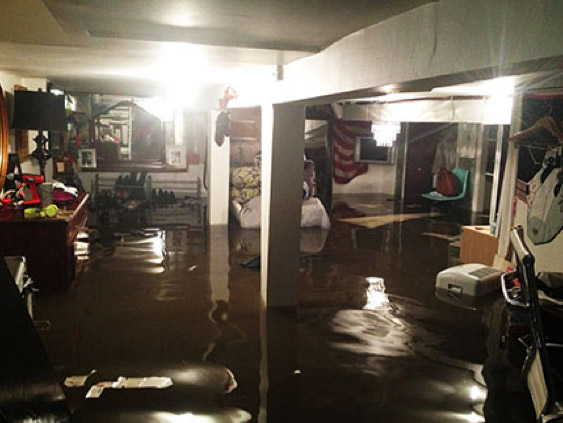 What warrants a high school essay title like “The Summer of Discontent”? Was it last year’s summer when a June flood dumped two feet of water and sewage into my daughter Maeve’s basement?

The cleanup revealed horrors – like the bathroom floor with its tiles set directly onto the dirt. 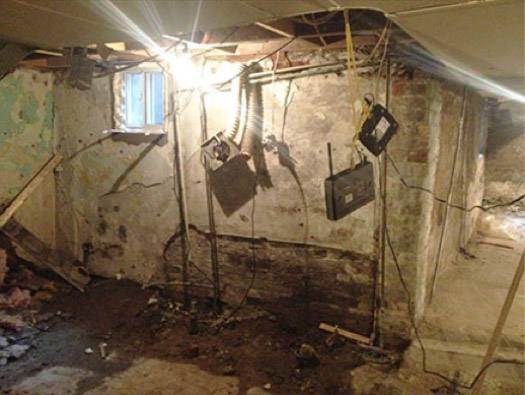 It took heartache, heartbreak, a zillion dollars, and a year to fix.

Ask me about insurance. Go ahead. Yes. Not enough. The adjusters came from the U.S. Don’t ask. Still haven’t paid up. 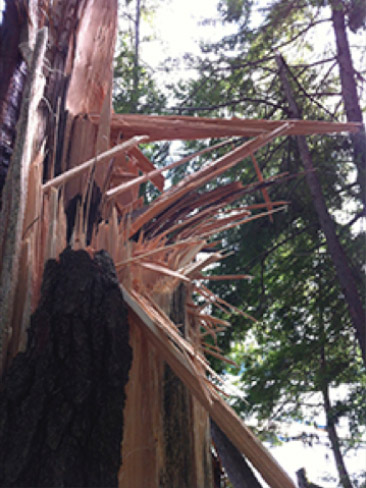 And then a week later, in my part of cottage country, another storm. No water, no tornados, almost worse—Macro-Bursts.

They blew in from the lake, exploding swathes of forest. The winds hovered over trees at least two feet in diameter and turned the trunks like a corkscrew sometimes does to a cork in a bottle. Toothpicks for a giant remained and the winds blew on.
One-hundred-foot-tall trees fell higgledy-piggledy across the landscape taking the hydro out for weeks, and phones out for over a month. 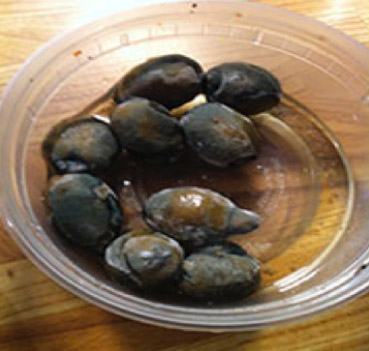 Everyone had free dumping privileges. Hundreds of dollars’ worth of food slimed out of our freezers and fridges. Even the innocent turned deadly like…my olives. They were green to start. The thing sticking out of the shiny olive near the bottom was either an almond or a piece of garlic.
“Don’t sweat the small things.” Yea. Well “Eat and Die” was more like it.

Let’s go back. Many summers ago, I had been, well, deserted. Angst and tranks. All my friends were away. Workdays weren’t too bad but the weekends were agony. I was too physically tired to do anything and my mind spun out of control. Allergies reared up and severe vertigo hit. When I told my doctor what I thought might be making me feel sick, he tossed off, “There are other fish in the sea”. Yea, sure. That was maybe a Summer of Discontent, before it had a name. Time took care of the vertigo. Shots took care of my allergies.

Whole years, winter, spring, summer and fall were just fine. Until I realized, I was only functioning at work. I knew I needed help. No one else knew and I intended to keep it that way. I thought gossip would do me out of my job. The first psychiatrist diagnosed clinical depression. He was correct, but he didn’t have a discernable sense of humor. You think that’s not important? In my life it is and I eventually stopped the therapy.

In hindsight, you could say that was also pretty close to being The Summer of Discontent.

Before long, I found a wonderful psychologist with a sense of humor. Too soon, he died. A stroke at 54. The whole of the Toronto entertainment industry was bereft. Who knew we were all quoting the same shrink to each other.

I returned to trying out psychiatrists mainly because O.H.I.P. covers them and psychologists were running around $100 a 50-minute hour. Eventually I found the psychiatrist I have today. I consider her to be a kind of prophylactic. And kind too.
Bit by bit, the black cloud lifted. Was it the doctors? The meds? Or sheer boredom with myself?

After years of being depression-free, I read through some old letters as I cleared out my personal stuff. Lots of stuff. I fixated on one letter. Then another. What ever happened to? Why didn’t I? I should have…

I couldn’t sleep through the night. Chocolate became my friend. I cried. Now I realize it was with good reason that I’d dissolved. I’d spent the previous few years picking through and distributing beloved possessions of dead hoarders’ I’d known and loved. 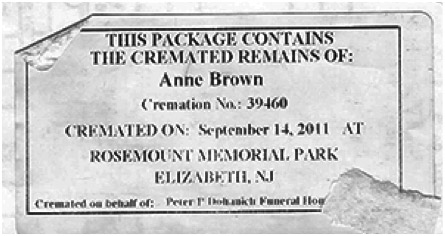 I also spread a lot of ashes around. My friend Anne lived in New York City. The memorial at the rose garden on the High Line with the Statue of Liberty way off in the distance was a good start. We kept a cup of ashes for later.

Off to Marfa, West Texas, and a site bought and paid for, long before Anne could retire there. Crouching under the windows, I sprinkled more ashes across the front of her house. This would have been her view: Chihuahua Desert and the Davis Mountains. I guess you could say that it is her view—or one of them. 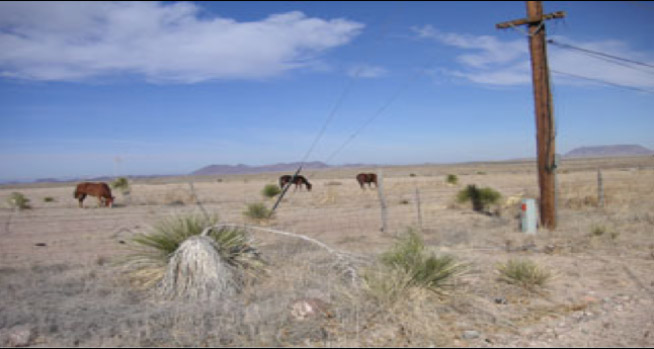 Anne’s mother’s ashes, from Anne’s New York apartment, had found their way back to Canada. A mutual friend thought Anne’s mother, Edith, should be here, or she’d never Rest in Peace. That’s why I drove Edith’s ashes to the Quaker Cemetery in Newmarket, Ontario, and sprinkled the remaining cup of Anne’s ashes there too so they’d both have company. (See February 2016 Breaking into the Quaker Cemetery)

Many other close, close friends and relatives had died, one right after another, and back in Toronto, I had a little time to think. Or mull.

I told my psychiatrist I thought I was really, I mean really, depressed.

I was already on meds and didn’t want more. So Jon and I went on our planned trip to Europe and the depression lifted immediately. No day-to-day never-ending pressures. No time-sensitive demands from Revenue Canada. And lots of marron (chestnut) ice cream.

Stumbling onto the city of Nice’s April Fools flying dolphins installation couldn‘t help but be uplifting. The next day the flying dolphin balloons were captured and given to all the children. 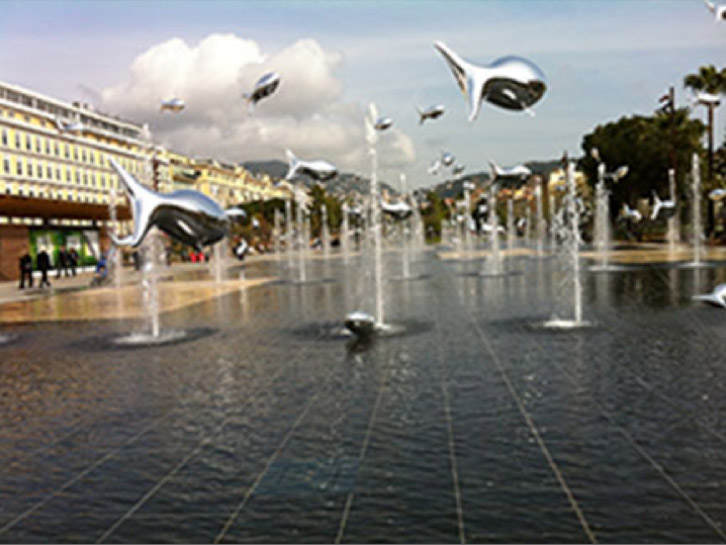 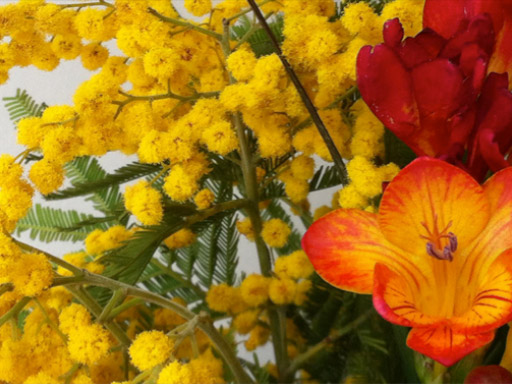 After France, we did Spain. Easter was in full swing. In Cordoba, Christ was on the cross, nestled amongst thorny iron lamp standards, watched over by TV antennas. 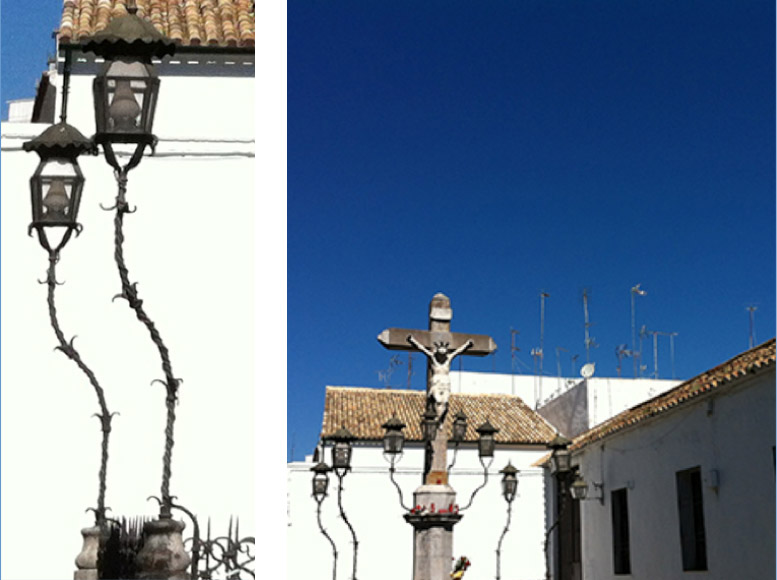 Inside the Mezquita (The Great Mosque), gilded Christianity bumped against Islam and Moorish arches. 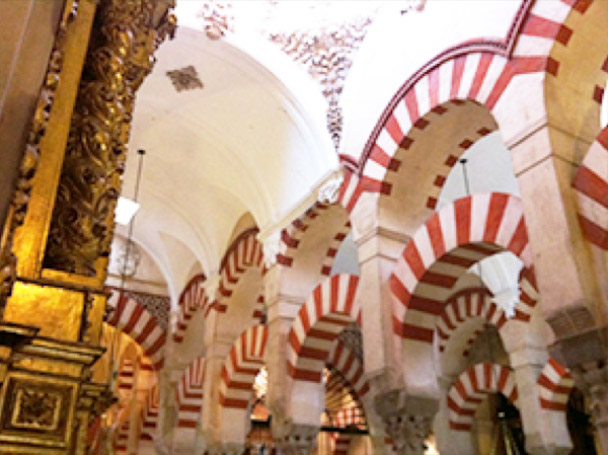 Even the Easter breads had religious connotations. In Barcelona, the Catalonians decorate their traditional Monas de Pascua with feathers. 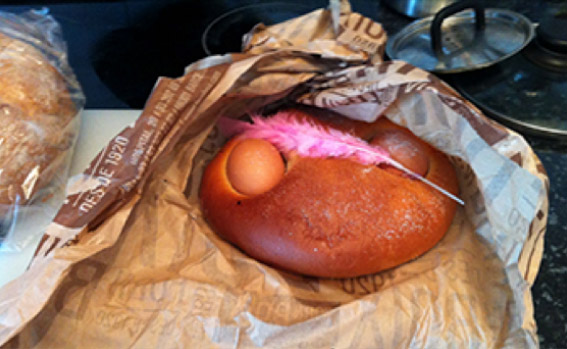 When we returned to Canada, guess what? Depression. This time I think it was accompanied by obsessive-compulsive disorder. Why didn’t I? I should have… My version of OCD (obsessive-compulsive disorder) is probably considered to be mild. It takes the form of going over and over minute details of past experiences. I’m not constantly washing my hands or checking to see if the fridge door is shut. (Although I should be.) No, it’s like those music earworms that happen when you hear a song that sticks in your head and you hear it, or hum it, the whole damn day—and often the nighttime too.

We all suffer through times when we can’t concentrate, or we know the world will fall apart if we don’t keep our act together. I read a lot, I sleep a lot, I just lie there thinking, oh god do I think. And what I finally have to publically admit is there is mental illness in my family and I had an extra strong dose of it in Summer, 2014.

Yes, definitely yes. That was The Summer of My Discontent.

Now, I’m A Woman Of A Certain Age and it’s a little late for all that. Maybe I should have… but I didn’t…and I won’t. And I never will. 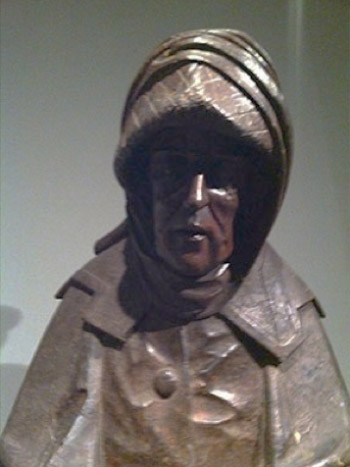 (Thank you to Ana Rodríguez & Charles Butler for their fact checking from Cazorla, Spain.)