I wanted to write this before February 1, the beginning of Black History month. I didn’t make it. And I still haven’t seen the movie Selma. This is what I experienced in that part of Alabama in 2008. It made a mark.

I went to the American south as a naïve white woman, thick as a brick. I knew about the marches, the murders, Rosa Parks and I’d heard the words “Bus Boycott” and “Freedom Riders.” But I had no depth of knowledge, just a bit of well-meaning politically correct empathy — until we arrived at Hutchinson Missionary Baptist Church, Montgomery, Alabama.

Hutchinson church was bombed in 1956. The church’s pastor is Rev. G.W.C. Richardson. In his teenage years, the Klan had beaten, stabbed and pushed him, unconscious, into a river to drown. The Klan left him for dead but his belt loop caught on a tree branch and Rev. Richardson survived.

Fifty-two years later, in January 2008, I was in Montgomery working on a TV documentary about Hutchinson church. Just a few years before, a teenage boy had been stabbed and killed on the front steps of the church. The victim was black, the thugs white. The Canadians in our crew where shocked. No, they were scared.

The seniors we’d come to interview were known as the Forgotten Foot Soldiers of the Movement and Voices of the Boycott. The Bus Boycott has ended, The Struggle hasn’t. 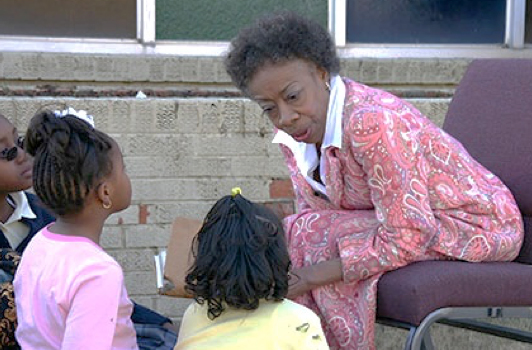 When Gwen Patton was nine-years-old, she made her first move against racism. She spent summers with her grandparents in Montgomery, Alabama. One day Gwen was in the local drug store, had just paid three cents for a cup of water, and sat herself down at the counter. The clerk called her a “pickaninny” and ordered her to get up. Gwen looked at the clerk, poured her water on the counter, and left… slowly. “That was my first conscious protest,” Gwen told a local reporter.