OBEAH OPERA — My blatant plug with a smattering of gossip 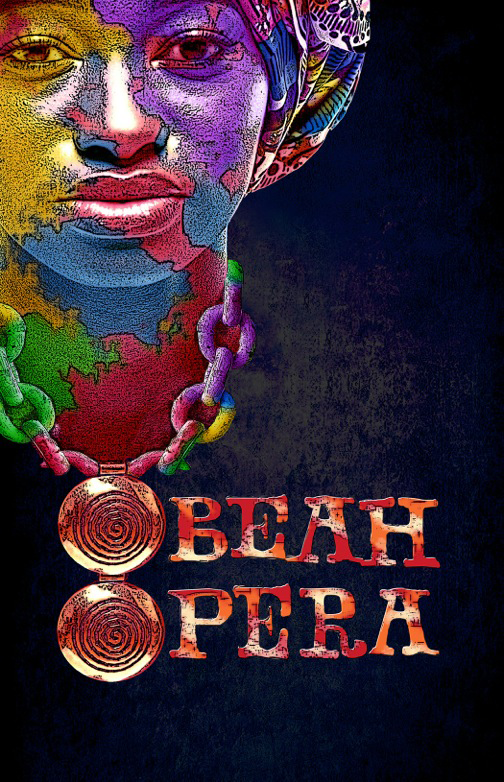 I had no idea my friend Nicole had all this inside her head. I knew she was smart. And I knew she could sing. But write an opera? Stand up to naysayers? Refuse to be cut down by hesitant big time financial supporters? Nicole took them all on and won.

This not a sturm and drang European opera. Obeah is breakthrough — an opera with every kind of Black music weaving in and out, in and out.

You see, Nicole kept having these dreams that fed the music. And she knows what life is like when it comes to struggle. But she’s not a complainer. Instead, Nicole wrote the story and the music. And she performs and sings the lead. Well, it is her opera.

Nicole plays Tituba the slave who confronted persecution in Barbados and again in Salem, Massachusetts. Tituba is mentioned in Arthur Miller’s The Crucible.

The word Obeah comes from African slaves brought to the Caribbean, sold in America and always threatened with death. Their African knowledge of healing was interpreted as witchcraft by white communities giving us the Salem Witch Trials.

Obeah Opera is Nicole’s triumph. It’s definitely a Nicole Brooks vision.
Go see Obeah Opera as it explodes into the world. Just go. Because I said so. And because Margaret Atwood and David Mirvish agree.

“I’m very impressed with Nicole Brooks’ vision, dedication and talent. OBEAH OPERA sounds fascinating and vital. It is a show I fully support. I look forward to seeing its world premiere production at Panamania.” David Mirvish

And the dirt and gossip? My lips are sealed because I’m trying to be an Obeah elder. BUT we still need donations. If you find it in your heart, please make a donation for my friend Nicole’s inclusive piece of theatre art – Obeah Opera.

We have 2 ways to donate:

FOR A TAX CREDIT RECEIPT:

And for even more information https://www.facebook.com/ObeahOpera
Obeah Opera by Nicole Brooks or Covers most of what I’ve already given you, but has a snippet* of video.
* that’s a technical term I just invented